9 Facts About the Treadmill You Never Knew

We think “treadmill” and we have two images come to mind: The gym and the daily grind. One is a place of pleasure and one is slogging away at something and never really getting anywhere.

The word is used frequently in modern conversation. Carry on reading for 9 riveting facts about this ancient piece of equipment that has retained its relevance today by being transformed into your favourite warm-up device.

1. The Power & the Punishment

The treadmill, or treadwheel as it was known in times past, was used to harness the power of humans or animals. Before the development of machines, grain was ground up by a treadmill operated by diligent humans/domestic animals.

When people were getting creative on how to punish criminals once rampant capital punishment lessened, treadmills were installed in all the prisons as hard labour.

Treadmill use can be dated back to the First Century CE when the ancient Romans used them to hoist up heavy building objects. This practice continued all over Europe and the treadmill helped build the cathedrals and castles.

The mechanical engineer, William Staub, developed the first modern-day conveyer belt-style treadmill, the machine we recognise today at the gym. He read a book by Dr K.H. Cooper, who advocated regular exercise in 1968.

Staub saw a gap in the market for people who wanted to exercise but lacked the outdoor space. He came up with the idea of the “PaceMaster 600” and sent one of the prototypes to Cooper.

It was Cooper who introduced the Staub designed treadmill to the gym, and the rest is history.

Treadmills have been going strong as a power mechanism for over 4000 years. Their first use was to lift up buckets of water from deep wells. The design of these type of treadmills was to walk an animal around the well that turned the mechanism and lifted the bucket. Later, the hamster wheel shape treadmill harnessed manpower to lift up roof beams and heavy stones.

The treadmill designed to strike fear into any prisoner’s heart all over the world, starting in 1818, was the endless staircase. Instead of sitting in their cells or yard, the convicts were put to work walking forever upwards.

The machine ground grain, pump water or even ventilated underground areas. The most famous prisoner who was set to work on one of these devices at the end of the 19th century was Oscar Wilde.

The first US patent for a treadmill/training machine was issued on 17 June 1913. Its use was originally for the use of sufferers of heart and lung disease. 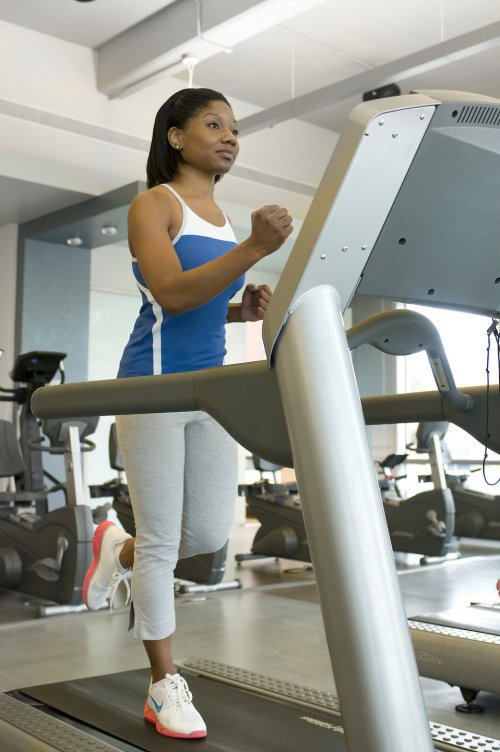 8. The Next Generation Treadmill

The Omnidirectional treadmill can move in two dimensions, front and up/down. This is the design that will move the common treadmill into the next century.

What could be cuter than rehabilitating a beloved pet on a treadmill after an accident? There are specially designed treadmills in vets’ animal physiotherapy units now that help dogs, horses, and big cats like lions, to walk again after an accident.

Next time you are running on your treadmill with your headphones on, spare a thought for the wonderful history of this incredibly useful piece of machinery.

*Results may vary from person to person